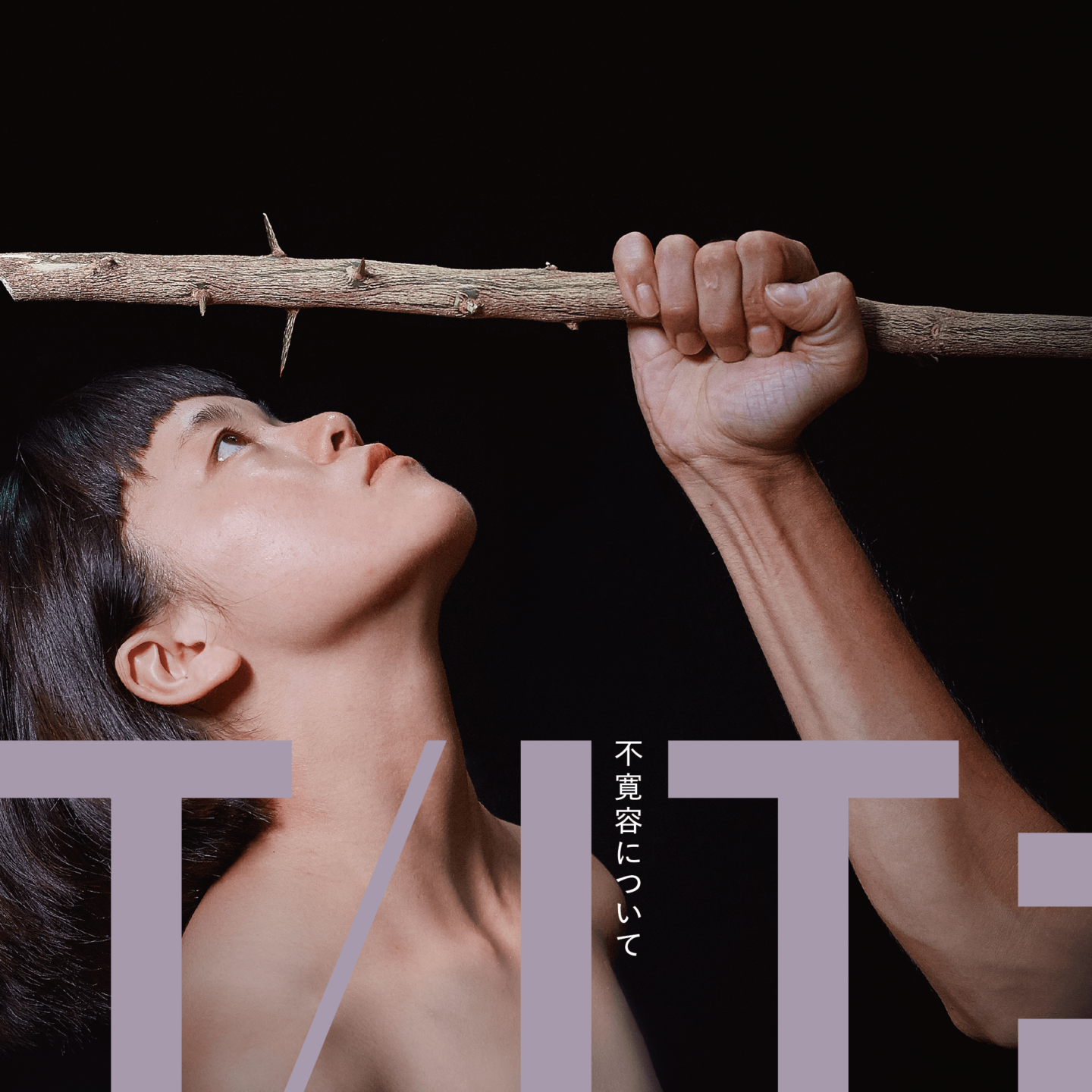 T/IT: Regarding Intolerance, which challenged contemporary social-political issues from the perspective of “Tolerance / In-tolerance”, premiered in 2017 when Donald Trump was elected as president of the United States. The COVID-19 has completely changed our everyday life. T/IT will now be reconstructed and premiered as a renewal version in Toyama, Japan. With Yukio Suzuki as a new choreographer, the work will be sure to evolve into a stronger experience.
In the stage where cutting-edge media arts and the body are fused, the dialogue of the actor and the movements of dancers intersect as we look back on the history of human battle and evolution.

Tolerance/Intolerance
It is said that archaic humans did not evolve for five million years.
When homo sapiens appeared, they began slaughtering other animals. Their hands and knowledge turned into “power” and produced even greater power. Ingenuity promoted the progress of civilizations.
Eventually, humans began worshipping almightiness. In parallel, prayers and rituals were performed to create strong bonds and they were immensely effective in creating a unified community. Those who believed in other gods were oppressed brutally. The concept of “tolerance” had to be developed to allow coexistence with others.
Communities eventually became nation-states, the highest authority reigning over all other social groups, and monopolized violence. Humans cling to violence. As nation-states, communities increasingly justified state violence. Weapons evolved from blunt instruments to sharp objects and finally to firearms.
Creativity and cruelty are inextricable fruits of the same tree. Is it necessary, however, to be swallowed by violence?

*The door opens 15 minutes before the show.
*The show duration is about 80 minutes.

■Admission fee:
3,000 yen, 1,500 yen (U-25)
*Seats without reservation
*Numbered tickets will be distributed at the reception
*Preschoolers are not admitted.
*U-25: For ages 25 and under. Present your ID at the reception
*Wheelchair seats are only available at the AUBADE HALL Play Guide